Clayton Hotel Cardiff Lane deserves a standing ovation, with the perfect location just opposite the Bord Gáis Energy Theatre. Seeing a spectacular show is made easy with a stay here.

Dublin’s largest theatre can seat over 2,200 people on any given show night. Entertaining half a million guests a year, it’s truly a spectacular venue. With amazing musicals, ballets, concerts on all year round it’s a venue that cannot be missed when visiting Dublin City.

Some of the iconic shows that have taken to the stage since the curtains were raised in 2010 have been Wicked, The Lion King, The Book of Mormon & many more! Enjoy these amazing shows while staying at our hotel near the Bord Gais Theatre.

Theatre Showstopper Package at our Hotel Near Bord Gais

But that’s not all.. indulge with a delicious Clayton Vitality Breakfast the following morning, followed by a relaxing trip to our fully equipped Club Vitae Health & Leisure centre.  Now that’s a showstopping night away at our hotel near the Bord Gais Theatre!

While staying at our hotel near the Bord Gais Energy Theatre, discover our leisure centre. Our leisure centre in Dublin City Centre is equipped with a 22-meter swimming pool, gym, free weights and cardio equipment. It is also fully air-conditioned and equipped with relaxing treatment rooms making it the perfect place to unwind. Make the most of your breakaway with a relaxing dip in our 22-metre heated pool or drift away in our Jacuzzi & Sauna 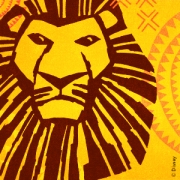 The Lion King will return to Dublin from 23rd December 2021  for a strictly limited 6-week run. Tickets from €26 go on sale this Friday 17 September at 9am through Ticketmaster.

With an incredible cast of more than 50 actors, singers and dancers, the story of The Lion King roars into life using spectacular masks, puppets, and costumes to tell the story of Simba’s epic adventures, as he struggles with the responsibilities of adulthood and becoming king.

Since Cameron Mackintosh first conceived this new production of “Les Misérables” in 2009 to celebrate the show’s 25th anniversary it has taken the world by storm. Embraced by modern audiences across the globe as a Les Mis for the 21st century, the tour of the musical has sold out in record breaking time in each venue it has played since opening in 2018.